It was another year full of Trump. Trump. Trump. On many days, U.S. President Donald Trump set the agenda with his early-morning tweet. And the news media, mostly the television outlets, let it drive their agenda all day.

But the students in the Texas Current Issues and Events competition this year knew that there was more going on in the world than Trump, especially those six folks pictured above who made it to State FOUR times.

So, I thought I’d take some time to look back at what happened this year and the implications. Before I do, however, let me thank David Stevens, Glenda Munoz and all the folks at UIL for helping to proofread the test. And Laura Velez. It was great to have another set of eyes. Y’all rock.

The most important thing that happened is that I got a dog. I would have been done with this article an hour ago. But Koda is still a puppy. A 35-pound puppy who, right now, is looking at me with sad eyes despite the fact that he walked 3 miles today, played football with the Air Force guys, met new friends at the dog park, went swimming and got a bath. Now he’s barking. Be right back.

First, someone questioned a numbers question on one of the tests.

Maybe it was question 10 on Invitational A.

Maybe it was one of these questions from Invitational B.

20. The midterm elections gave Democrats a majority of the total voting seats in the House of Representatives when the new Congress convened Jan. 3. How many votes do the Democrats now have in the House?
a. 196
b. 235*
c. 278
d. 2391

26. The Labor Department released its monthly hiring and unemployment figures in December, providing one of the better snapshots of the American economy. What was the unemployment rate at the end of the year?
a. 10.1%
b. 7.8%
c. 4.7%
d. 3.7%*

Regardless, that person was right. I did say at various Student Activities Conferences that “No NUMBER questions.”

I guess in the last few years, my view of what a number question is has changed. All of the number questions I’ve used have been either BIG news or absolutes. The difference in the death toll in Puerto Rico between 64 (the original number reported) and the actual toll, nearly, 3,000, is an absolute. A student who was even vaguely aware of the situation would know. (Or so I think.)

Now, let’s look at some numbers.

Looking at the State test only, if you take any question missed by 80 percent of people as “too hard” and questions that more than 80 percent got right as “too easy,” here’s how last year and this year compared. It’s clear that I need some more hard questions.

Again, looking at the State test only.

Pretty comparable. Actually, fascinating how comparable they are. The power of statistics. Notice any trends?

Beyond numbers, along the way people questioned some of the questions.

7. Pope Francis became the first pontiff to visit the birthplace of Islam. Where?
a. United Arab Emirates*
b. Nepal
c. Morocco
d. Egypt

Saudi Arabia is not one of the choices. See this story, “The Latest: Pope on First Papal Visit to Arabian Peninsula.”

24. Ohio became the sixth state to pass such a law earlier this month. It was the third state to pass such a law this year alone. At what point in the development of the fetus did such legislation prohibit abortion?
a. after six weeks of pregnancy
b. when a heartbeat can be detected*
c. until viability, usually at 22 to 24 weeks
d. only in cases of rape or incest

Again, look at the question in its entirety. It’s not just about Ohio. It’s about multiple states. What do they have in common? Not the time. The fetal heartbeat. Very controversial.

For the record, only 32 people across all classifications missed this question. It was 0.4 percent away from being classified as an “easy” question.

Not only numbers, but math. Required to know the total debt, more or less. That number was all over the news â€” check out the U.S. National Debt Clock. At this second, the national debt is $22.3 trillion and climbing at an astronomical rate beyond what economists consider a healthy portion of the GDB. Lop off a bunch of zeroes and just divide 22,300 by 330 and you’ll see that the debt per person is about $67,000. Larry White would be proud.

About one-third of the students at State missed that one about the same as if everyone randomly guessed. Wish I knew what the second most commonly chosen answer was. A medium-level question.

3. House Bill 3 was yet another attempt at reforming pieces of the Texas educational system. Which of the following was NOT contained in the legislation?
a. an increase in base funding for each student by $890
b. funding for full-day pre-K for low-income 4-year-olds in most school districts
c. an across-the-board teacher pay raise of $5,000 with additional funds each district can allocate based on merit, up to $1,388 per teacher*
d. compression of tax rates for all districts and a reduction of the amount of money wealthier districts pay the state in recapture payments to shore up poorer districts

This one scared me. I thought it might have been amended in between the time I wrote the test and the students took the test. It had. And it hadn’t. See this article: “Texas House approves major school finance reform package, adds teacher raises to the bill.”

To quote from that article, “One key sticking point between the two chambers: teacher pay. The Senate has approved a bill proposing $5,000 across-the-board raises for Texas teachers.”

The Texas Tribune is THE source for all things in the Texas Legislature.

34. Texas Lt. Gov. Dan Patrick and his lieutenants have struggled to pass Senate Bill 2, a sweeping reform measure that would require cities, counties and school districts to seek voter approval for any tax levy increases of more than 2.5 percent in a given year, not including new growth. What did Patrick threaten to do to get the bill to the floor?
a. bypass the Calendar Committee that traditionally has control over all legislation that reaches the floor
b. use the â€œnuclear optionâ€ and override the 60-vote rule to close debate, by a simple majority of 51 votes, rather than the two-thirds supermajority normally required
c. ignore the â€œblocker billâ€ and allow the bill to the floor with a simple majority, not three-fifths*
d. take the vote straight to the citizens of Texas bypassing the legislature entirely; â€œThe public doesnâ€™t care about our procedural rules. They want tax relief and they deserve it.â€

My favorite question, was this one.

40. The parents of a 13-year-old Wichita Falls girl shot and killed while walking home from school in 2016 are urging lawmakers in Austin to pass Laurenâ€™s Law. What is Laurenâ€™s Law, Texas House Bill 261?
a. Now, adults can face the death penalty or life in prison without parole if they kill a child younger than 10 years old. Laurenâ€™s Law would change that to any child under 15 years old.*
b. A law that will require school districts to teach students about consent and how to recognize and prevent relationship violence, including physical and emotional relationship abuse.
c. Legislation that would hold law-abiding gun owners liable for any felonious criminal action taken by others with their firearms.
d. Called the Cupcake Amendment, it is legislation that requires school districts to allow parents or grandparents to bring any food they like to school for a childâ€™s birthday celebration or to a school-designated function.

I thought this was a hard question. And 71 students (45 percent) missed it. The distractors were good because all of the answers were Lauren’s Laws. Some from other states. Some from other times. And, yes, the Cupcake Amendment is a real thing.

For the record, the essay matters. So does that fourth person on a team.

At State, we used every single tie-breaking option available to us at one point or another. Sometimes it was who scored higher on the essay. We used that A LOT â€” in almost every classification. Sometimes it was which team had the fourth team member with the highest score. That happened at least once.

Now, check out the gallery of Koda photos. 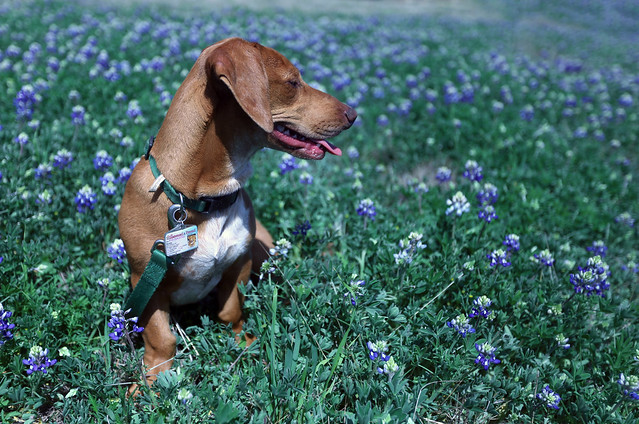